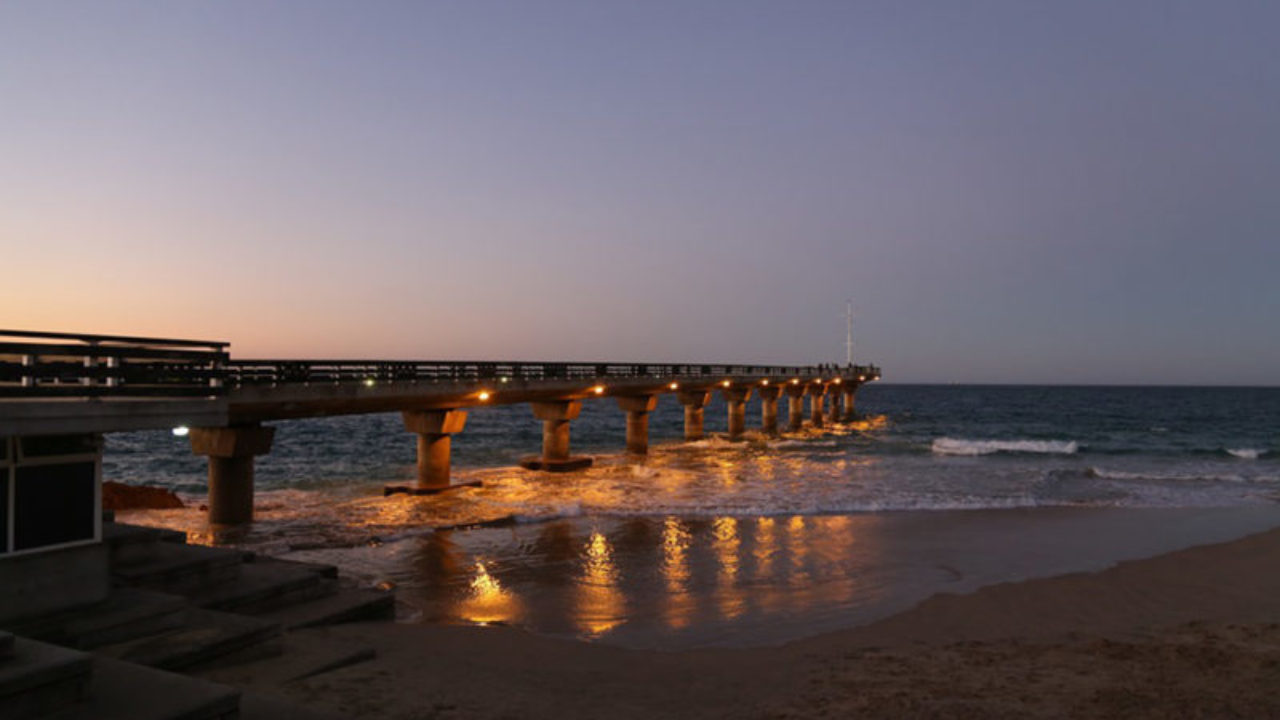 Port Elizabeth is fast becoming one of the coolest cities in South Africa. Even the sassy folk from Cape Town and Joburg can’t seem to resist its sunny boulevards and easy charm.

It is a big city with a big personality, a secret underground creative culture, some of the coolest bars and eateries this side of the equator, and great stories, one of which involves a sultan and a ewe.

Whether you are chilling on the beach, exploring rich cultural history, or burning off some energy in one of the surrounding nature reserves, Port Elizabeth will mesmerize you with its charming surrounds.

Port Elizabeth is famous for Route 67, an art journey that celebrates the years Nelson Mandela devoted himself to the freedom struggle, but that is just a tip of the artsy iceberg. All the artworks on view were created by artists from the Eastern Cape and consist of murals, sculptures, flow poetry inscribed in granite, and even a colorful pattern of paving bricks. The walk begins at Port Elizabeth’s iconic Campanile before moving onto various other locations around the city’s historic centre.

Hip and happening Stanley Street is a place to chill while you catch a bite to eat and mingle with the locals, offering all varieties of cuisine, from pastries and breads to sushi, pizza, seafood and sandwiches. It is the perfect place for breakfast, lunch or dinner, where the tables dotted along the pavements are always occupied by happy diners, infusing the area with laughter and talk. At night the trees glow with the twinkle of fairy lights and the streets come alive with late night travelers.

Creativity has even spread to the microbreweries in Port Elizabeth. Local breweries such as Bridge Street Brewery, Dockside Brewery, and Richmond Hill Brewing Co. are experimenting with bold artisanal brews that beer lovers will find wildly interesting and worth the trip. The Hop on Beer Route will take you to Bridge Street Brewery, Dockside Brewery, and Beer Yard, where you can taste the local brews and experience the vibe of the city.

One of the most appealing aspects of Port Elizabeth is its moderate climate, turning warm summers into mild winters that then lead to crisp and fresh springs. With so much great weather it’s understandable why the beachfront is a popular hangout. The city has numerous beautiful beaches that are safe for swimming and other water sports, while the soft, white sand offers comfortable spots to throw down a beach towel and catch a tan. The beachfront promenade is peppered with sidewalk cafés and restaurants, so when the heat gets too much, simply slip on a sarong and go grab something cold – or better yet, take a dip in the ocean.

5. Head off to herds of elephants

The Addo Elephant National Park is one of the best known in South Africa and is situated approximately an hour from Port Elizabeth, making it a great day-trip choice. If you are planning a self-drive then grab a map at reception as the park is rather large, or take the more relaxing option and book a guided safari. The park is awash with elephants and is also home to the Big Five, as well as zebra and scores of plains game. Keep an eye on the gravel roads for the tiny dung beetle, the only known species besides humans to navigate and orient itself using the Milky Way.

Port Elizabeth sprang into existence in the 1820s, when the first British settlers arrived to lay claim to Algoa Bay. The successful port brought great prosperity to the town which is reflected in a number of beautiful old buildings that still grace the city today. The old post office building is typical of late-Victorian style architecture, while the magnificent Feather Market Centre features enormous, wrought iron windows and was originally built to store ostrich feathers. No 7 Castle Hill stands as the oldest building in Port Elizabeth and is an excellent example of an early settler house.

Even the coffee devotees will find warmth and happiness in Port Elizabeth.

Mastertons, legendary purveyors of hand-roasted coffee, opened their first tea and coffee house in Port Elizabeth in 1924, making them the oldest roastery in South Africa. The city even has its own Mastertons blend known as Blend of the Bay.

8. The vibe of the tribe

Port Elizabeth locals are laid-back and easy-going, with an unrushed air that belies their city surrounds. They live on the Sunshine Coast, next to the ocean, and rarely have to drive more than 15 minutes to get to their next destination, so it’s no wonder that Port Elizabeth is nicknamed The Friendly City. The residents are affable and have a sunny approach to life that generally extends to everyone they bump into, so expect smiles, lingering chats and genuine connections with the people you meet.

When this happens, it's usually because the owner only shared it with a small group of people, changed who can see it or it's been deleted.
View on Facebook
·Share

Timeline PhotosNews from Art on Target - mailchi.mp/cffcd320eb54/news-from-art-on-target-3835089
Art on Target complies fully with all regulations as determined by the Lockdown in South Africa. Although we have scheduled our 2020 exhibitions and we hope to resume regular classes on 17 April, our activities will be guided by responsible citizenship and concern for the well-being of our staff, our students, and the people of Port Elizabeth. We’ll update you on a regular basis, and hope that - until we see you again - you and your loved ones remain safe. ...

Have you heard!?! Non-alcoholic drinks are a thing! 🍹

We will only be serving alcohol until 6PM, until further notice -- but don't fret, we have fantastic 𝐌𝐎𝐂𝐊𝐓𝐀𝐈𝐋𝐒 that you can enjoy with your meals!